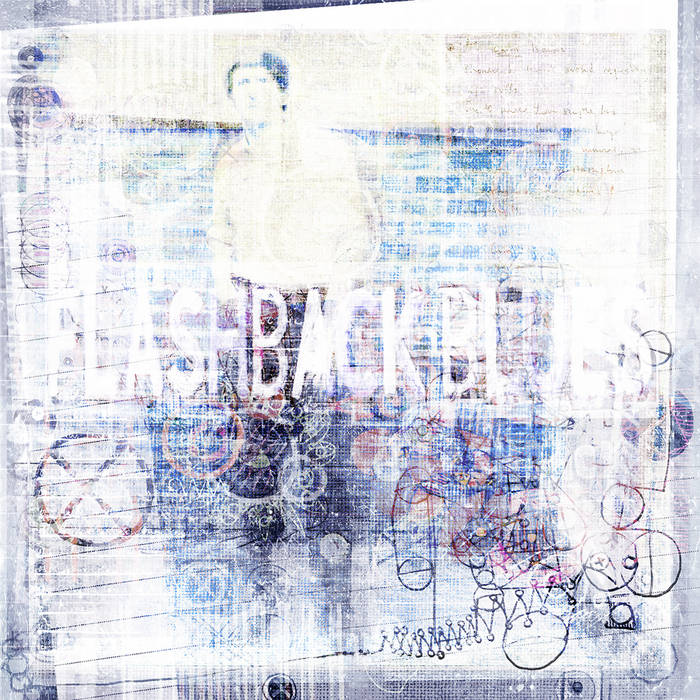 Album Review @ Bleep.com
"For his fifth release on Odd John Records, experimental producer Chris Weeks takes on a new moniker: CWM marks the conflation of his two musical identities – the ambient work he does under his own name and the electronic side he explores as Kingbastard. Flashback Blues is an album about loss, the title referring to memories from the last months of his father’s life that would suddenly come upon him. The immersive, crackling textures paint a picture of this time, walls of strings and synths telling a moving tale, slow melodies and beautiful textures creating a spiritual feel."
Link: bleep.com/release/52613-cwm-flashback-blues

I decided to use the alias C\/\/\/\ (‘CWM’) for this release, as the style of music sits somewhere between my two main musical identities, namely: Chris Weeks & Kingbastard.

The word ‘cwm’ (pronounced ‘koom’) is not only a handy acronym for Chris Weeks Music; it also means ‘valley’ in Welsh. As West-Wales has been my adopted home for the past eight years, this alias seemed doubly apt.

‘Flashback Blues’ is a reflective, deeply personal & emotionally charged record; one which is intended to honour the memory of my father, who died in late 2013, after a relatively short battle against a particularly aggressive type of cancer.

Losing a loved-one is never easy, but in the wake of my Dad’s death there was an almost overwhelming sense of relief; his pain & suffering was over. This was, however, short-lived…

Grief can manifest itself in many ways. I wasn’t aware of just how powerful it can be, until I started to experience both physical & mental symptoms. The first warning signs were intense ‘flashbacks’; dark, yet incredibly vivid vignettes of the last few months of my Dad’s life. They would catch me completely off-guard; usually at the most inopportune of moments. As the weeks passed, my body became riddled with aches & pains; I lost interest in everything I love to do, making/listening to music, creating artwork etc... My creativity had completely dried-up. My physical symptoms became so all-encompassing that I was unable to go out for my usual early morning walks, a source of much inspiration in the past. My mental health began to suffer.

With time, numerous trips to the Doctor, & a cocktail of prescription medication, I finally started to feel more like ‘myself’. My aches & pains had become manageable; I was able to get back out for my walk…

One particularly wet, Welsh morning, I arrived at my usual haunt & set-out along my chosen path. An hour or so into my travels, I was hit by a particularly bad flashback; one which stopped me in my tracks. I took refuge on a nearby bench, turned off my music & sheltered under my umbrella; listening to the rain drumming an all too familiar beat on the canvas.

It was there & then that I made a conscious decision to address these flashbacks. I could no longer succumb to these melancholic memories. I had to ‘channel’ them; use them as a source of inspiration. (I have always used music/art creation as a kind of therapy; a means of getting what’s on the inside, out).

I took my portable field-recorder out of my bag & recorded the sounds of the rain & surrounding noise of nature, as if to capture this decisive moment. Upon listening back, my brain began to spark with creative urges, ideas started to flow. I cut short my walk & headed home…

The following two-week period, late May, early June 2014, was the most intense, creatively satisfying moment of my life. All my suppressed emotions & pent-up creativity cascaded from me like a waterfall! I was consumed by creativity again, working sixteen hours, or more, each day.

‘Flashback Blues’ is the result.

I wish I could say that this most cathartic of creative experiences means that I no longer suffer with the symptoms of grief, but they still lurk in both body & mind. My flashbacks are thankfully less-frequent, but no less potent when they do strike. I assume, with time, they will pass…

It’s hard for me to express just how much my Dad meant to me. He was a true gentleman; the most hard-working, creatively gifted, wise, talented & genuine person that I have ever had the pleasure to have known. He could turn his hand to anything, nothing was beyond him.

If I can be half the man he was, then I would consider my time on this Earth a success.

So here’s to you Dad; I miss you more than words can say.