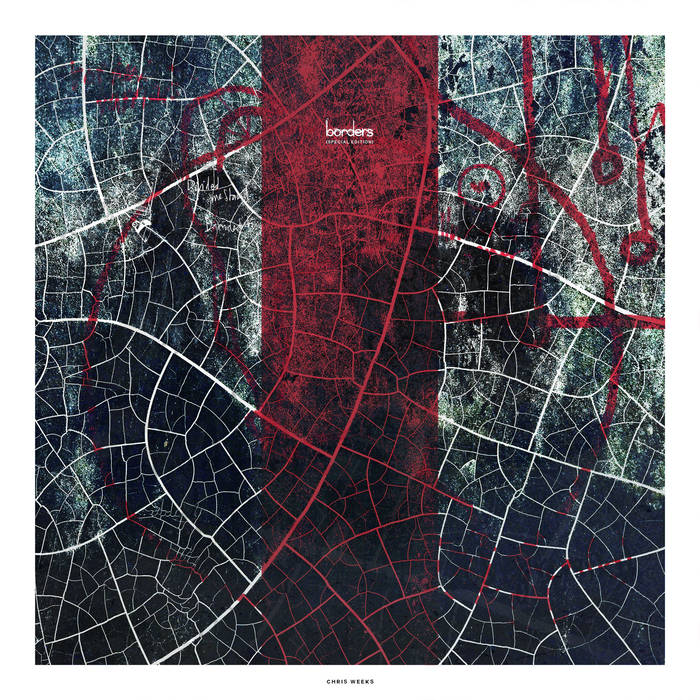 Nick Sumbles One of the best ambient albums ever made, a masterpiece and true representation of Chris's incredibly underrated talents. This is a hidden diamond tucked away in an endless sea of electronica. It brings a tear to my eye knowing most will not experience its vibrant textures, soulful melodies, and dreamscape tones. Its an immediate teleportation into a beautiful realm I don't want to ever leave, and it brings me great pleasure to have discovered it.

In.Visible.Generator The maturest work by chris too date.
Very dense picturesque and colourful.

There are notable cyclical occurrences which can permeate all facets of existence. Whilst it’s never a carbon copy, we often witness history repeating itself. This is perceivable when musing upon the misguided and poorly handled political predicament of Britain leaving the European Union. Commonly known as “Brexit”; a crudely manufactured term and process which, for the past three years, British people have had rammed down their throats. The deadline for this dissociative devolution was originally March 29th 2019 (the release date of this album). However, behind closed doors, ‘negotiations’ are ongoing...

The mood of the general public is reminiscent of a period in British politics during the “Thatcher Years”. Thatcher's tenancy as Prime Minister was primarily served throughout the 1980’s, and one particular event, which I think reflects the current political quagmire, was the implementation of the “Poll Tax”; a divisive policy which highlighted inequality, the “class-divide”. Without going into great detail, the Poll Tax caused widespread outcry, with protesting and rioting across the UK.

“Borders” is primarily, but not solely influenced by the polarised sociopolitical climate in the UK. Across the country there is a palpable sense of tension. Fear, anger, confusion, bigotry, nationalism, the resurgence of racism and xenophobia, misguided beliefs, pompous patriotism, propaganda, outright lies & idiotic behaviour are all prevalent.

Sometimes I wonder if we are unwittingly playing-out an Orwellian plot to a 1980’s dystopian science-fiction movie. “Welcome to the end of the future”...

This notion was my initial inspiration for the album. I set out to score the soundtrack. To create and express a reflection of the current oppressive atmosphere engulfing society, juxtaposing this with a representation of its mimicry of the politically induced mood of the 80’s. This gave “Borders” its overarching style. An interplay between the old and the new. A melancholic enveloping darkness, interspersed with flickers of hope.

In striving to evoke this tone I layered tracks, or elements therein, through a chain of fx. The result of which was designed to suggest the sound of the music being played back via a worn video tape. To me, this is indicative of the 80’s, yet to my ears it also serves as an ideal sonic representation of the current situation we find ourselves in. The distorted and warped nature reflects not only the general mood, but the skewed realities we envisage when being spoon-fed bullshit across multiple media platforms.

In a time when the human race should be coming together; a world without borders, we are being knowingly driven apart; segregated, compartmentalised & controlled by egomaniacal narcissists and greed-mongers. These self-important puppets of “Big Business” are morally bankrupt peddlers of lies who usurp the true democratic process and manipulate it for personal gain.

It truly feels like we teetering on the brink of a new Dark Age.